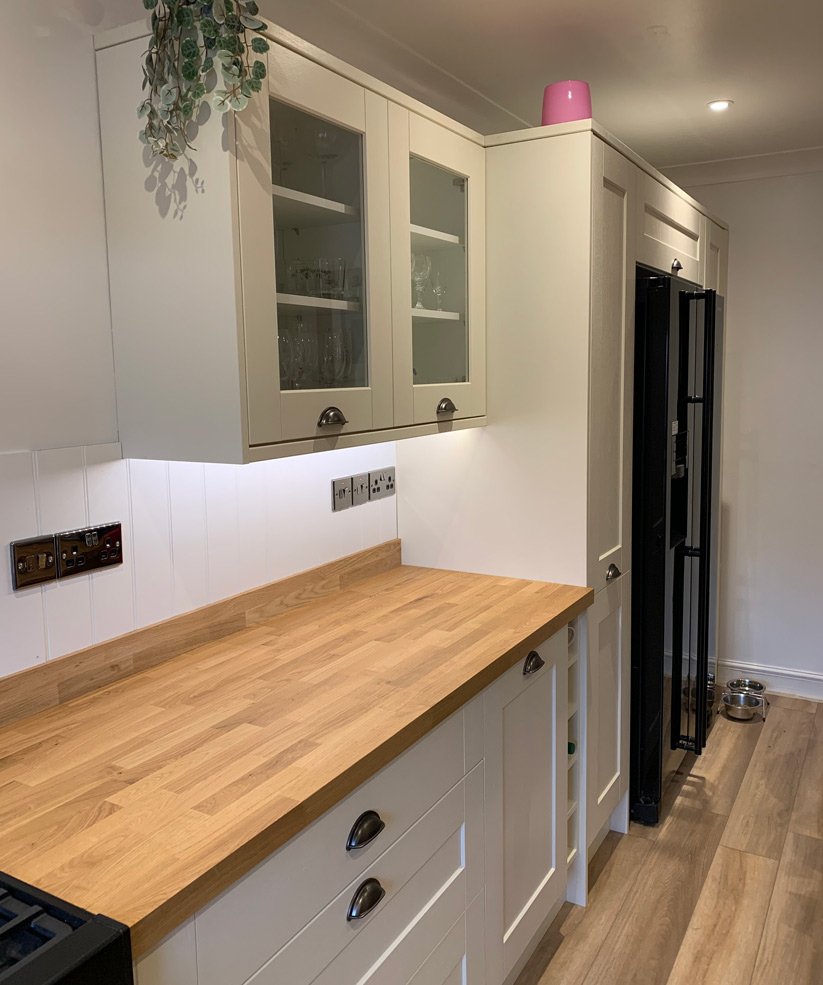 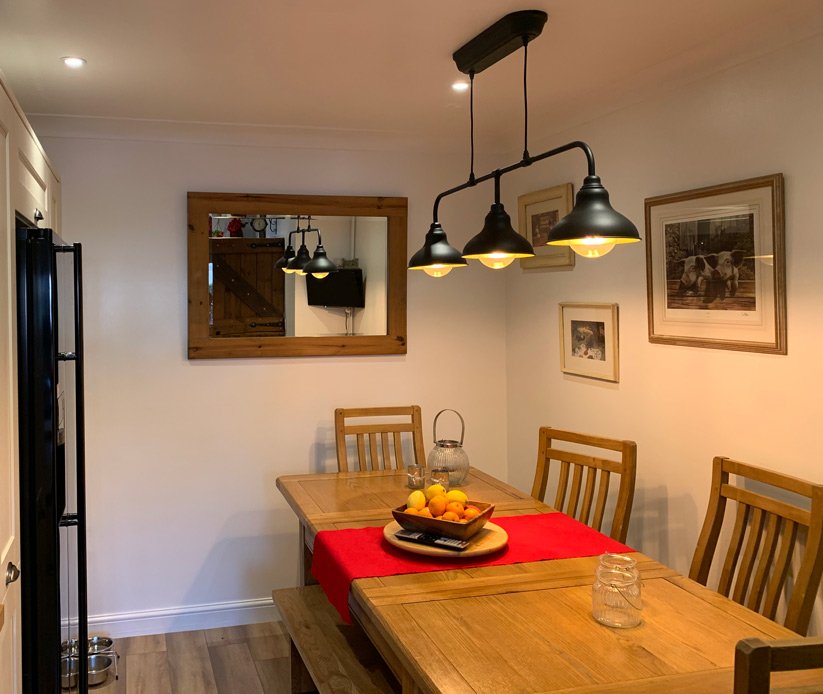 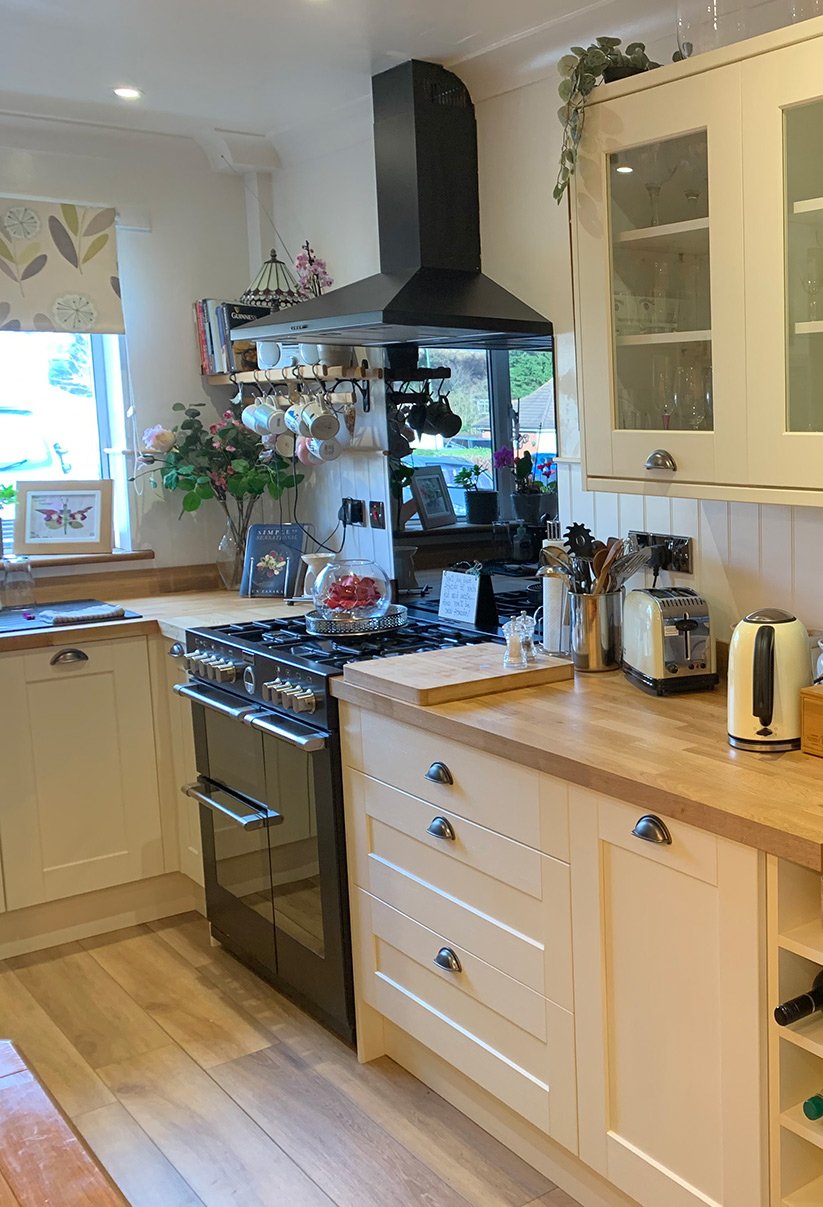 Our spec was to create a brighter more useable space that would streamline cooking and give space for a family table. The existing kitchen was dark due to only one window at the front of a long room. The basic layout using 2 walls was kept but the American style fridge, which was on the opposite wall, was incorporated within the unit runs giving room for the family table.

A lighting design was done with LED downlighting throughout the room with LED under cabinet lighting and a large feature light above the table with each of the 3 light types controlled independently.

During the strip out it was discovered that an appliance had been leaking, probably for a few years, and a large part of the base flooring was water damaged beyond repair. With a quick visit to the timber merchant and a hand from one of the others on our team the damaged floor was cut out and new T&G flooring was re-laid and we were back on schedule. The main install with electrics took a week and was finished off the following week with new flooring and a decorative boarding as a splashback painted white to help brighten the room.

All in all, a total transformation of the space from a dark semi-functional room that was only ever used for cooking to a bright welcoming room with space where the whole family can be together for casual meals or a dinner party.

It was summed up by one of the family saying

“Its actually nice being in here now!” 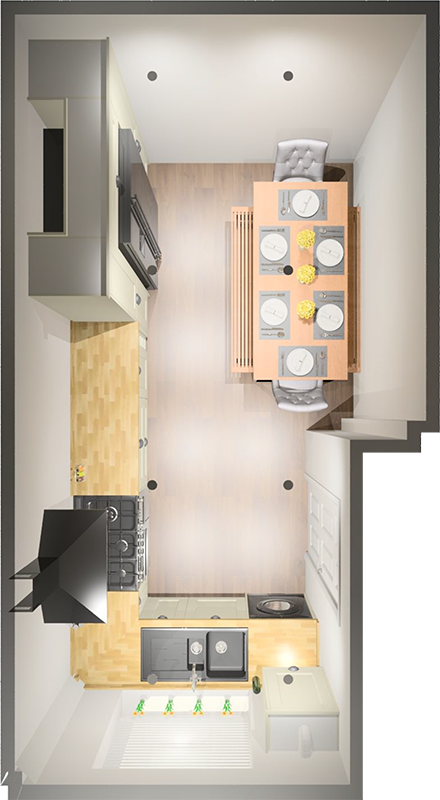 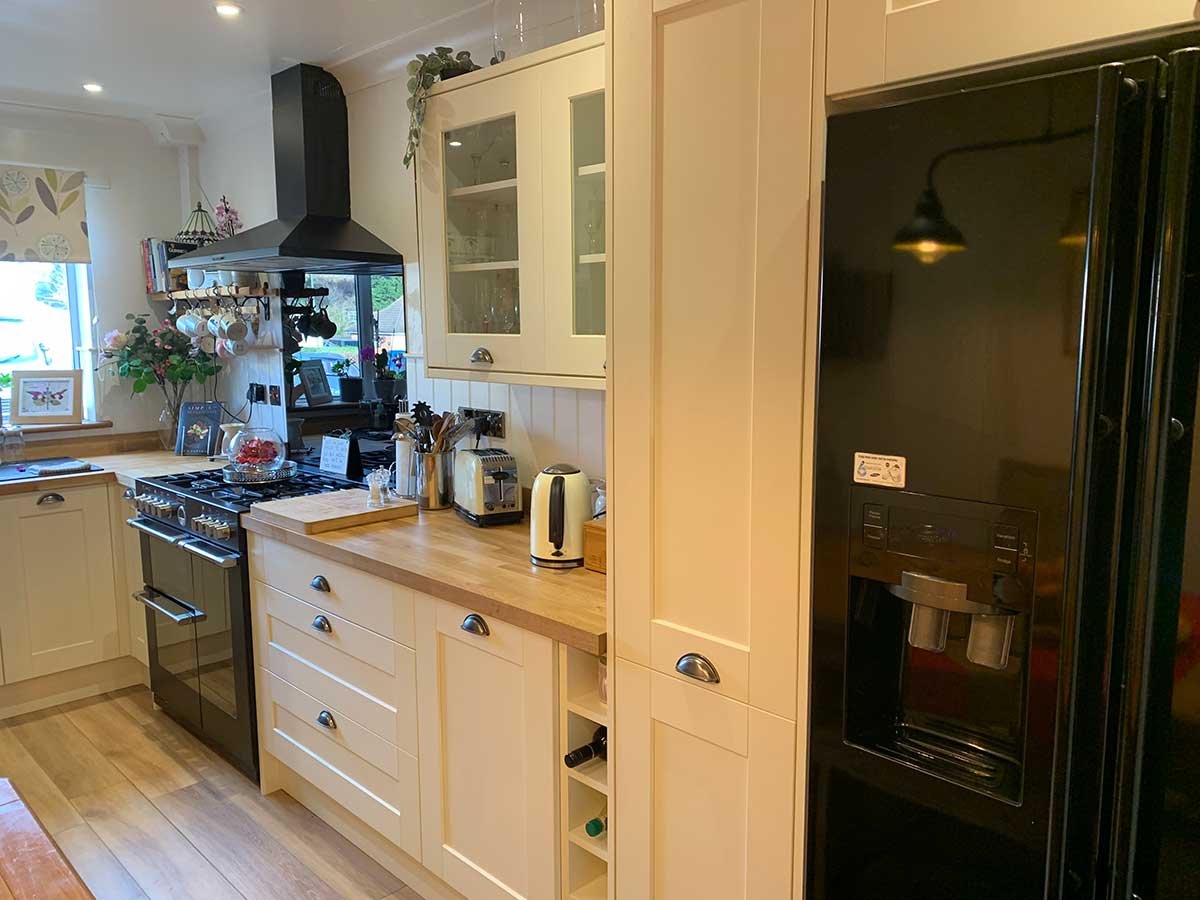 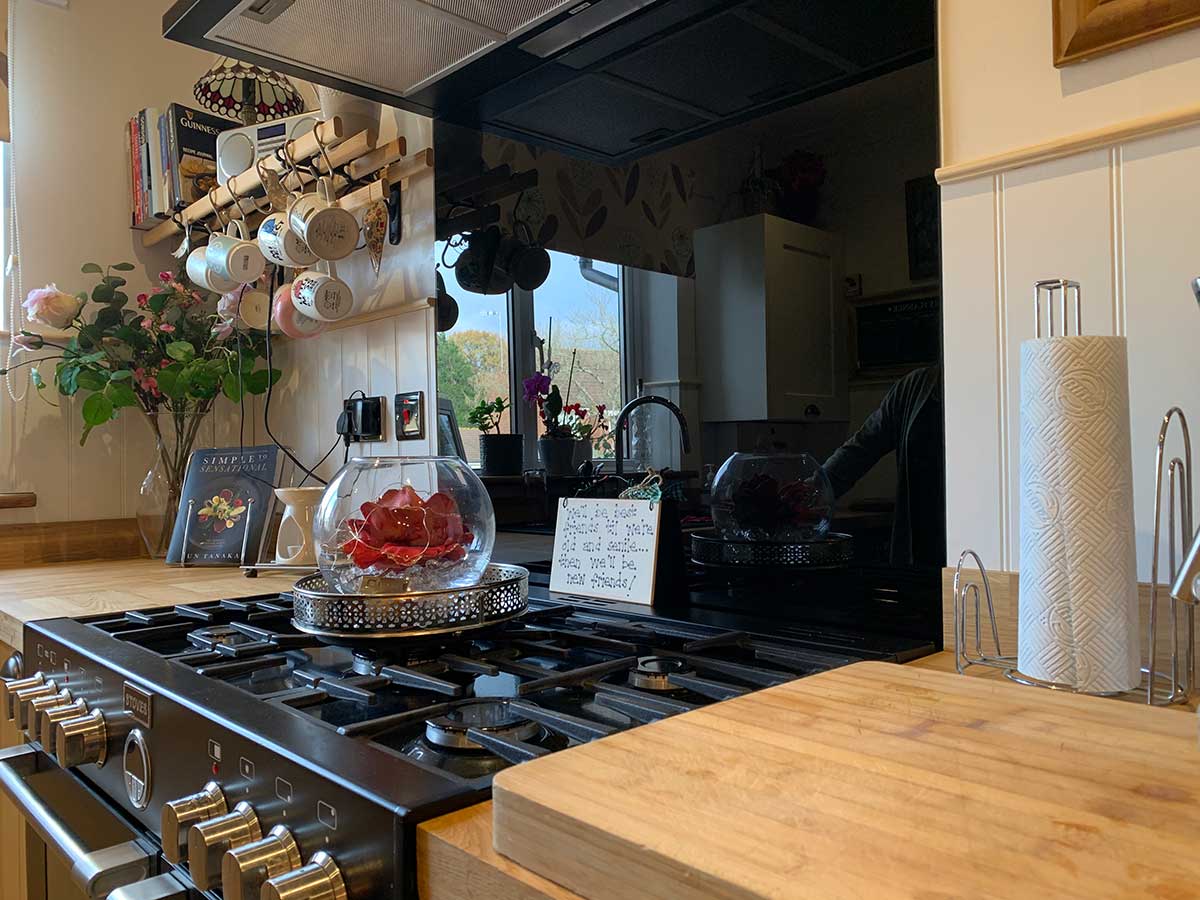 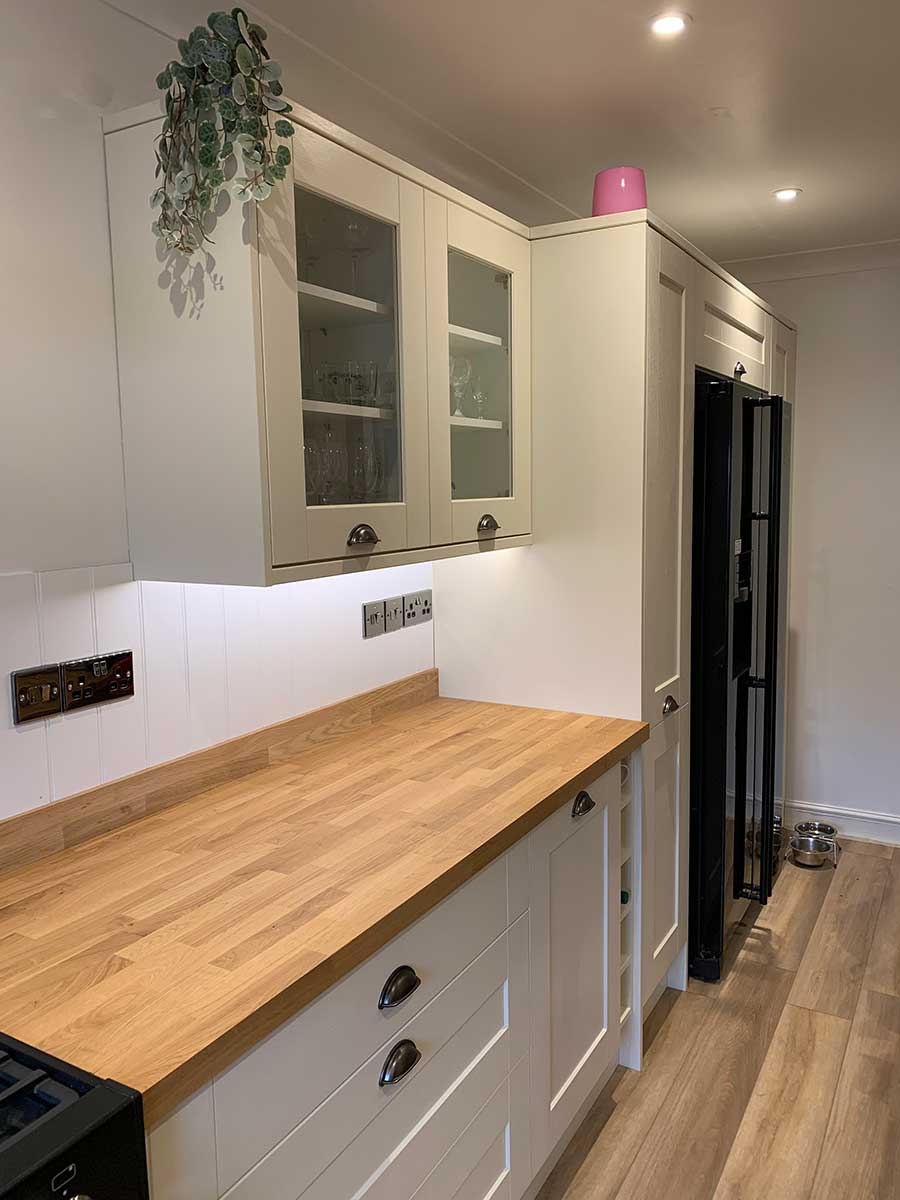 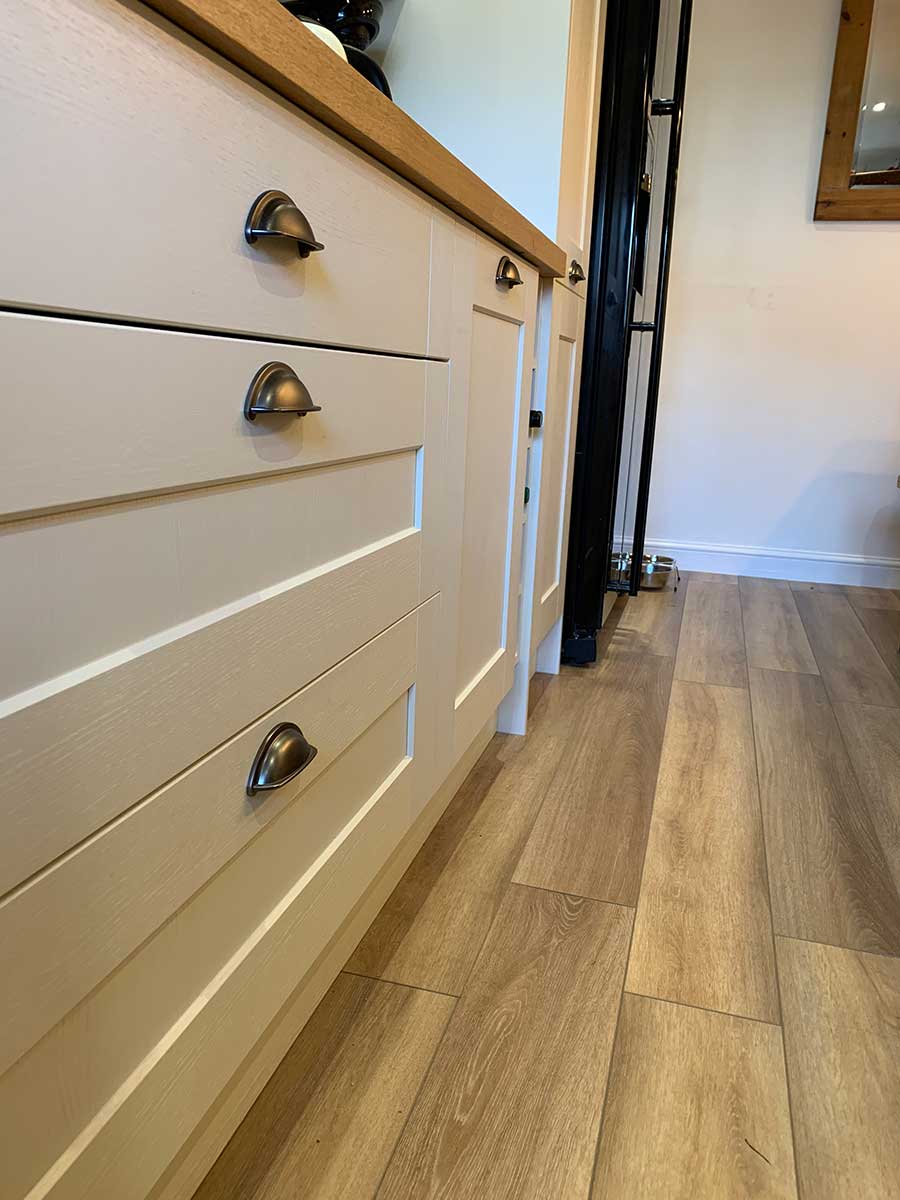 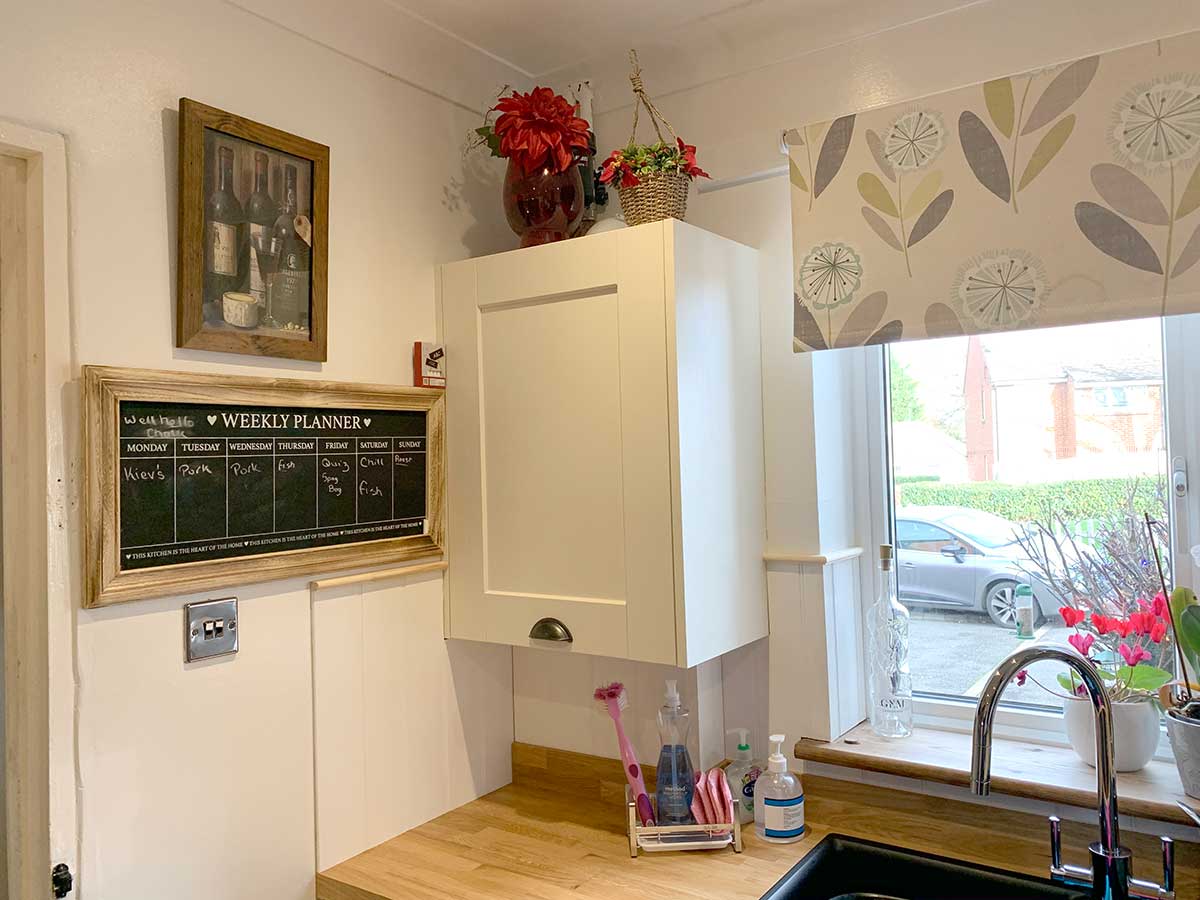 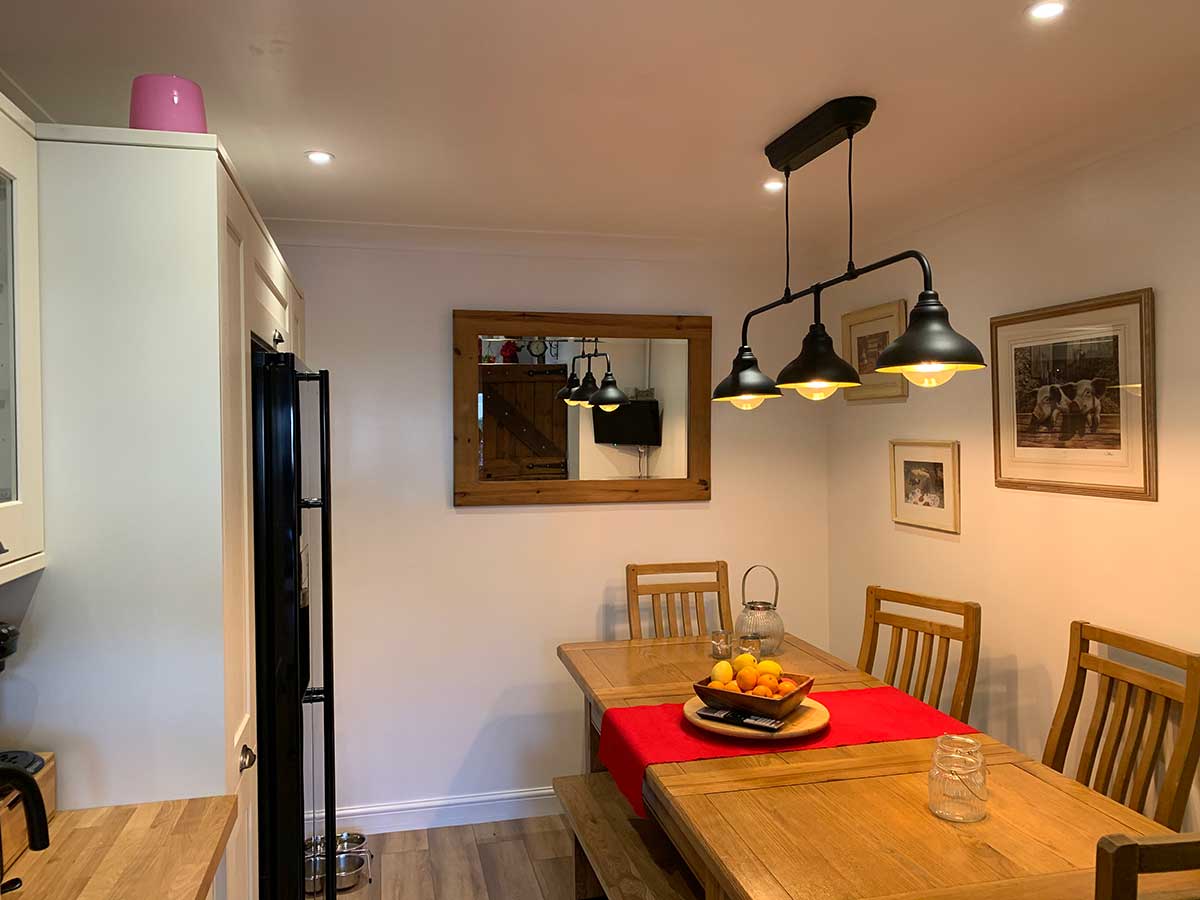